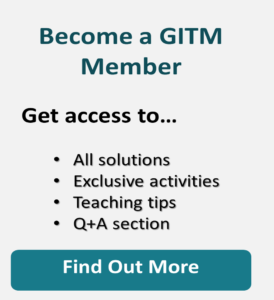 In this video-based activity, students will review an overview of a marketing launch of a chocolate bar that has been reintroduced into the market in the UK. The video provides a good overview of the launch campaign.

Wispa is a brand of a chocolate bar owned by Cadbury. It was originally launched in the 1980’s but was later withdrawn from the market in 2003. The main reason for its withdrawal at the time was because Cadbury wanted to rationalize its range of brand and move towards stronger umbrella brands, such as “Cadbury Dairy Milk”.

In 2007, following growing consumer “demands” for its reintroduction, the Wispa chocolate bar was relaunched using a mix of traditional advertising mediums while leveraging social media support. The following video highlights the launch campaign…

In this exercise, students need to calculate the total salary/incentive paid to salespeople (across different payment structures) and then determine which structure has the best approach for the firm's marketing goals. EXCLUSIVE MEMBER ACTIVITY

For this activity, students will use the product life cycle free Excel tool to map products onto the four stages of the PLC. This is a relatively simple activity, but is designed for them to get the core concept of how product categories fit into the stages and how they…

This activity highlights the initial advertising campaign to launch the Tommy Hilfiger brand. But the campaign was not based on strategy, but based upon a strong creative idea.

In this mini-case study, students are required to allocate $250m in funds across a firm's four strategic business units, using the BCG matrix as their primarily guide.